Skip to content
Blogs/All/ Mutual funds: To invest or not to invest 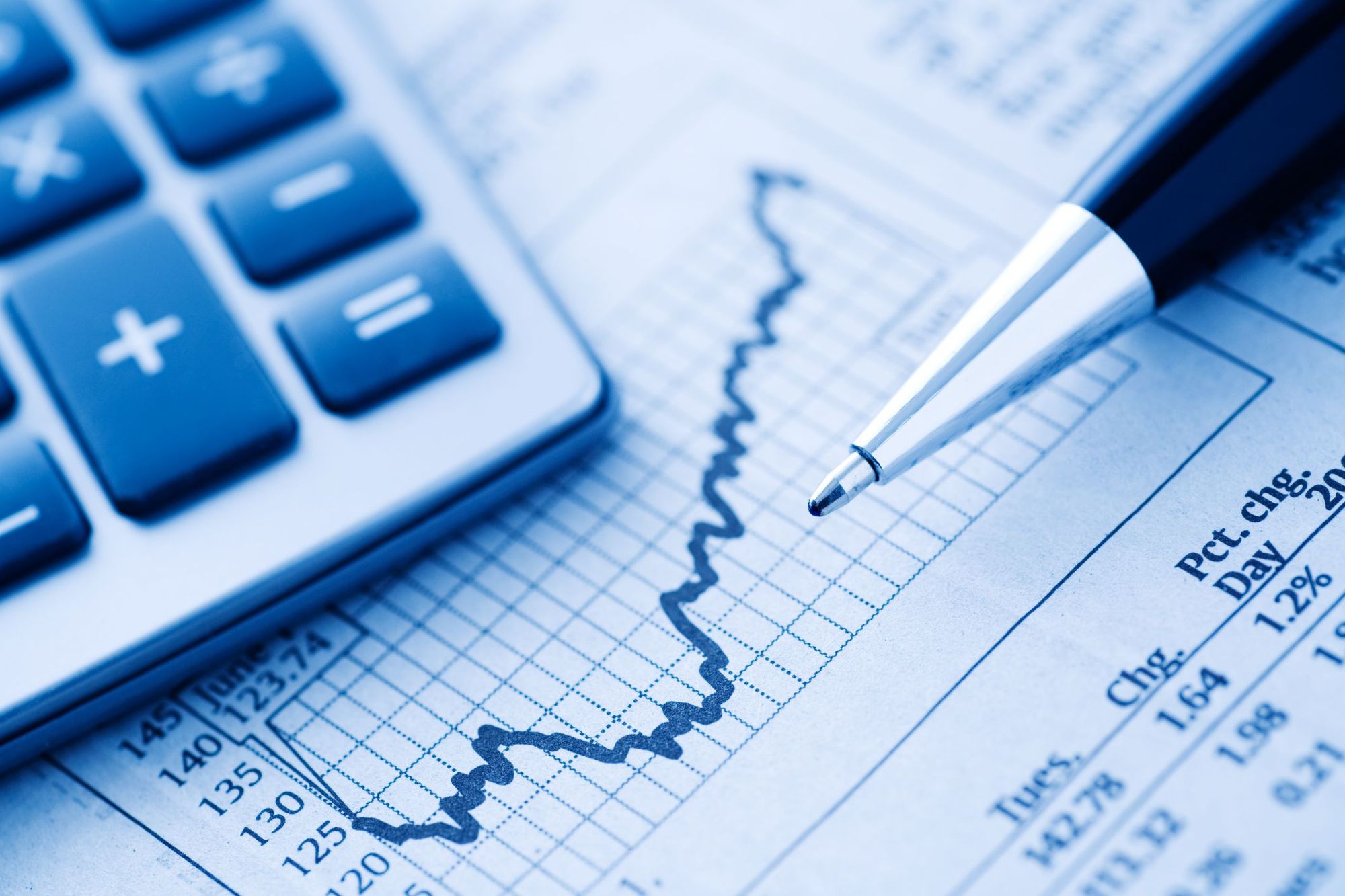 Mutual funds: To invest or not to invest

In one of our previous posts, All you need to know about mutual funds in India, we looked at how mutual funds work, how they’re categorized and some terms that are associated with them.

Mutual funds, however, aren’t necessarily good for all investors and have a number of risks associated with them. Let’s look at some of the key downsides of investing heavily in mutual funds.

The performance of mutual funds is based on the returns it offers to investors above a particular benchmark. Some of the common benchmarks for a mutual fund are S&P BSE Sensex or NSE Nifty 50. Getting a fund to deliver returns better than the benchmark can be difficult because, in order to do so, the managers of a given mutual fund would have to consistently pick the right equities to invest in.

This kind of consistent cherry-picking of only profitable investments is not possible — market volatility makes it almost impossible to do this. This concern is widespread as an analysis by The Economic Times in June 2020 revealed that nearly 57% of all large-cap funds have failed to beat the benchmarks over the last 20 years.

It can be said that certain expenses are built into your mutual fund investments. The fund houses hire asset managers, analysts, researchers, among others, to deliver the maximum returns. The costs incurred while doing so are expressed as a percentage of a fund’s net assets — also known as the total expense ratio. This metric comprises expenses such as fund management charges and commissions, among others.

The Securities and Exchange Board of India (SEBI) mandated in 2018, that the total expense ratio can’t exceed 2.25% of net assets in the case of equity-oriented schemes and 2% in the case of other schemes. The problem is even this can eat into your investment corpus significantly. Let’s illustrate the problem with an example.

If you have invested, say, Rs 10 lakh in mutual funds, around Rs 20,000 would have gone towards the charges that we just mentioned. What’s more, this amount would have compounded to something larger if it was with you. Investors are liable to pay this charge regardless of the performance of their portfolio.

Apart from that, if investors want to redeem investments ahead of the lock-in period, an exit load amounting to nearly 0.1% of the investment corpus would be charged. There’s yet another pitfall involved: Assuming that you’re withdrawing after the lock-in period but during a market downturn, the effective loss to one’s portfolio can be substantial and defeat the very purpose of investing in mutual funds.

Compare this with index funds that have expense ratios as low as 0.1%. But even index funds with expense ratios of 0.5% yield much better returns than mutual funds. For the above example, (0.5% expense ratio) you’d pay only Rs 5,000 towards the total expense ratio and the remainder of your portfolio would be around for what you intended originally – compounding and saving for the long term.

Remember how advertisements for mutual funds on television or radio run the line “Mutual funds are subject to market risks. Please read the offer document carefully before investing”? That’s because there are many risks associated with these investments. Let’s examine some of them.

This is the single most important risk associated with mutual funds. The S&P BSE Sensex has declined by nearly 16% in the first seven months of 2020 despite making gains in May. Such fluctuations have a direct effect on mutual fund returns. To be sure, this is a problem for investors with a low-risk appetite and those looking at equity investments for the short term.

Mutual funds aren’t immune to wider, systemic problems in the Indian economy. For instance, when economic activity came to a standstill in the country after a national lockdown was imposed to curb the COVID-19 outbreak, it triggered a liquidity crunch in the economy, affecting select mutual fund schemes. Franklin Templeton, for instance, had to wind down six credit schemes in April 2020 for the same reason.

Similarly, when subsidiaries of Infrastructure Leasing and Financial Services Ltd. (IL&FS) defaulted on loan payments a little over two years ago, it resulted in a credit squeeze in the Indian markets. That was because it was among the largest infrastructure conglomerates, executing projects across India. When a company of IL&FS’ magnitude defaulted, it triggered panic among market participants and the multiple fund houses that had invested in its commercial paper, leading to a redemption frenzy amid falling yields.

Fund houses invest in stocks and other financial instruments of companies with the intention of making gains. In some cases, they even lend to higher-rated corporates in the hopes of earning interest income. However, they face the risk of investments declining sharply in value — as it did in the case of the Subhash Chandra-led Essel Group.

Mutual funds had lent to the group’s subsidiaries, for which its promoters had pledged shares of some firms as collateral. When the shares started declining in value, the group entered into a “standstill” agreement with the fund houses — or a promise to not sell the pledged shares till they clear debt. Many fund house lenders faced a similar situation with the Anil Ambani-owned Reliance Group after stocks of its subsidiaries eroded significantly in value. Yes, the fund managers may take on higher risk to generate better returns, but even the best laid plans can often go awry.

Even as mutual funds invest in multiple company stocks and other securities, the diversification achieved may be inadequate. Indian mutual funds, on average, invest in 30-50 company stocks, in addition to other financial instruments. The Axis Long-Term Equity Fund (Growth), for instance, had 35 equity holdings as on May 31, 2020, according to data from the investment research firm Morningstar.

For the HDFC Long-Term Advantage Fund (Growth), that stands at 30. That pales in comparison with the diversification achieved by index funds, which invest in hundreds, if not thousands, of stocks, securities and other financial instruments. This guarantees a higher degree of diversification and safety for your investments.

* Investors would still face the first two risks as they can’t be wished away by diversification or balanced investment decisions.

You put your hard-earned money in mutual funds only to see it not performing well for reasons that are beyond your control. Well, what are your options? It’s a toss-up between persisting with your decision or withdrawing the money — and incurring exit load charges.

Individual investors, also known as retail investors, have no control over their investments as a professional manager would be taking all decisions that govern them. If you see your investments performing badly, you have no option but to withdraw your money, exit charges or not.

Select funds, especially ELSS funds, come with a lock-in period that ranges up to three years. That means you cannot access your investments during this time. Some schemes, however, specify exceptions under which withdrawals are allowed. Investors need to study the fine print in the offer document to understand the details. There may also be additional costs involved in such cases — for example breakage charges, among others.

Today, mutual funds are popular among many people and age groups: the newly married couple that’s saving up for their child’s future, the elder citizen who’s fast approaching retirement and is looking to bulk up her corpus, and the young professional who’s trying her hand at saving up regularly. But such schemes invest in financial instruments whose values fluctuate by the second.

That’s why investors need to understand these risks and learn about alternatives that mitigate these risks to make an informed decision. We discuss an alternative that offers all the benefits but not many of the risks that mutual funds have in our next post. For investment, savings, trading, financial planning and more visit www.appreciatewealth.com and sign up!